Benny Gantz’s election campaign videos are being used by Electronic Intifada to tar and feather Israel. When this is your starting point:

. . . Gantz, like Netanyahu, is accurately reflecting the desires and fantasies of an Israeli public that views the willingness to shed the blood of defenseless Palestinians caged in ghettos after decades of expulsion and military occupation as the truest measure of leadership.

then there is not much they think Israel can do right other than vacate all the land like Hamas and the PLO would like to see happen. In fact, co-founder of Electronic Intifada, Ali Abunimah, has written a book proposing the one-state solution that solves the Israeli-“Palestinian” problem by ensuring that the Jews in Israel (and Christians and Baha’i) go down the same path as non-Muslims (or Muslims of the wrong kind) in the rest of the Arab world.

Therefore I can only imagine his glee when he set his eyes upon Gantz’s misguided campaign materials and the only positive thing I can say about the Electronic Intifada article is that they translated the videos accurately. First let us look at Abunimah’s justification for hating Israel, as stated in the quote above, and then I will talk about the videos Gantz put out.

I wonder how people can claim to be defenceless when they build and maintain universities, of which the Islamic University is only one, with multiple graduate programmes and international cooperative projects. How can people claim to be defenceless when they build tunnels through which terrorists can run upright and several side-by-side, complete with concrete walls and ceilings, lighting and ventilation systems? When Hamas and other terror organizations in Gaza can fire thousands of missiles into Israel, I do think they have lost the right to refer to themselves as defenceless.

I wonder who is keeping whom in a ghetto. Let us have a look first at Judea & Samaria, renamed the West Bank when Jordan occupied the land. Jenin is an interesting place. There is a refugee camp IN Jenin and I think many people think that the entire town is a refugee camp, kept under military occupation by Israel. That is far from true. Jenin is a town that HAS a refugee camp, perhaps like some towns have zoos. Here is what the town looks like in some parts: 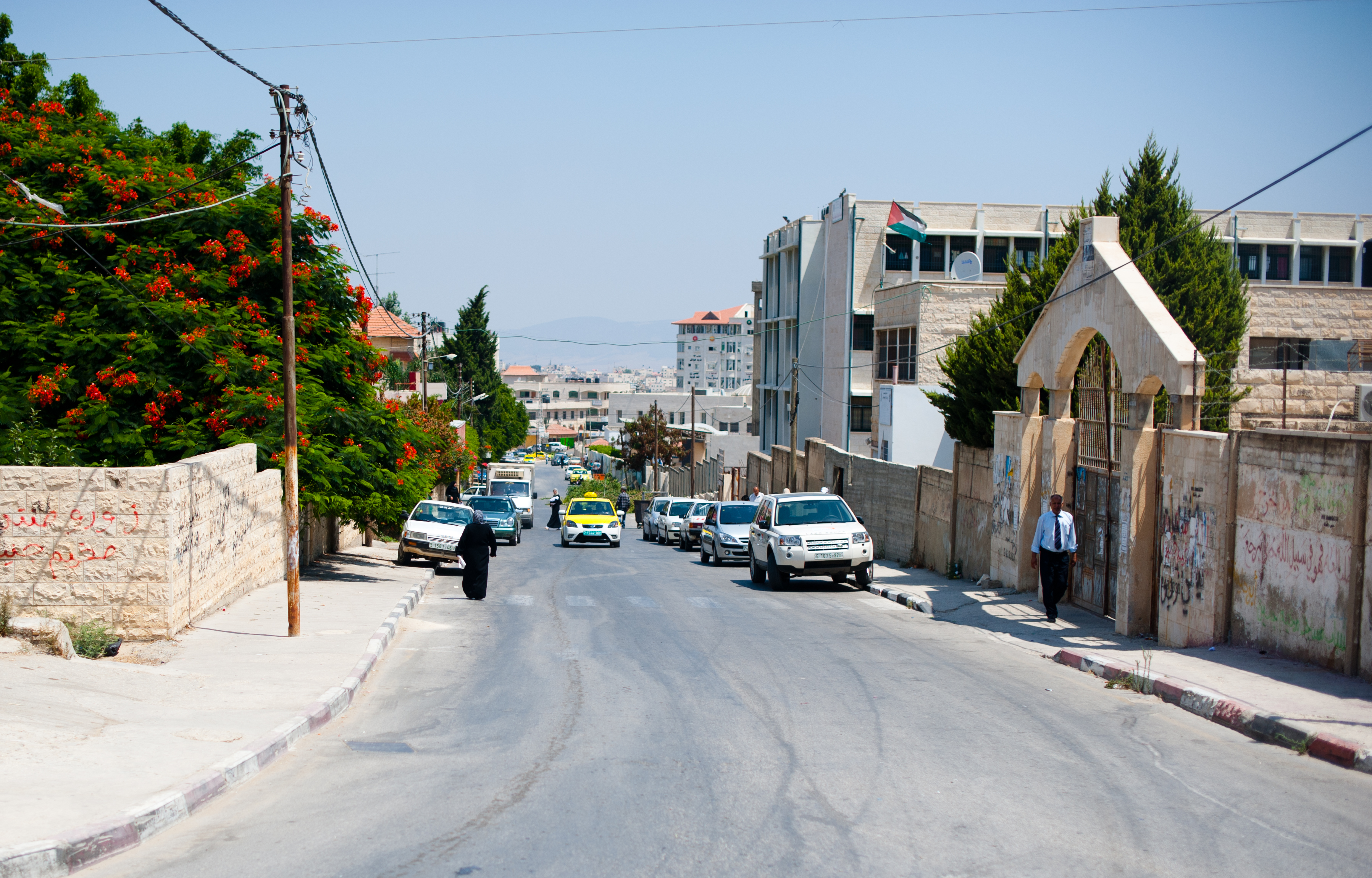 A street in the City of Jenin from 2011. The city includes a modern university and the refugee camp to which some residents are relegated. Image Credit: Almonroth [CC BY-SA 3.0 (https://creativecommons.org/licenses/by-sa/3.0)], via Wikimedia Commons

And here is an aerial photo showing the refugee camp within Jenin, 7% of which was damaged during an operation that, to the chagrin of Jew-haters everywhere, even the UN was unable to call a massacre:

City of Jenin, including the refugee camp.

So, if there are any Palestinian Arabs caged in ghettos today, I would like to see the fences around their cages. There are no fences around the so-called refugee camp as the refugee camp is merely a set of streets within the City of Jenin. I imagine that residents of the so-called refugee camp can shop anywhere in Jenin, visit family and friends anywhere in Jenin, go to the Arab-American University in Jenin, etc. Would that the residents of Jewish ghettos had had that kind of ghetto life!

Those promoting Jenin as a tourist destination point out how wonderful it is. Given the argument that we Israelis are keeping the Palestinian Arabs in ghettos and under military occupation, you may be interested in the last two sentences in this screenshot from a website encouraging tourists to visit the Palestinian Authority:

Jenin was actually the first city to be freed from Israeli occupation in November 1995 after 27 years. It was transferred to the Palestinian Authority under the Oslo Agreement.

So, Mr Abunimah, either Jenin is occupied or it is not. When the Palestinian Authority signed the contract agreeing to the facts on the ground, there was no longer an occupation. So get over it!

Finally, the Palestinian Arab population of Gaza and Judea & Samaria has been increasing and not decreasing. Therefore I do not know where Electronic Intifada got the idea that they have been undergoing decades of expulsion.

I could provide the same kind of information about so-called largest out-door prison in the world, i.e., Gaza. In fact, I did — here and here.

So far, Gantz has released four videos: (1) claiming that he plunged the Strip back into the Stone Age as if that would be something to be proud of, and a ridiculous claim when only particular buildings, military targets, were destroyed after the people inside were warned to leave; (2) counting numbers of dead terrorists in Gaza; (3) showing the targeted assassination of Hamas military leader Ahmad al-Jabari; and (4) declaring that in spite of all of this, Gantz is a man striving for peace.

In essence then, Gantz unwittingly provided Mr Abunimah with juicy video materials that he put to immediate use to continue to promote his lies about Israel. Among Israelis, these videos will be fodder for discussion regarding the (in)accuracy of his claims, whether or not he really proved himself an effective IDF professional during the 2014 hostilities against Hamas and, therefore, if he can be considered Mr Security or not.

In attempting to put himself across as Mr Security, Benny Gantz sunk to a pitiful level of counting dead terrorists and bragging about destruction of enemy territory. There will be those who will applaud him and many more, I think, who find these videos despicable and unbecoming of a potential leader of our country. But one thing for sure, the Jew-haters will ensure that these videos remain in virtual reality forever and ever, pulling them out to demonstrate Israeli so-called bloodthirstiness whenever it suits their cause.

I can only wish those campaigning for our votes were wise enough to realize that their campaign materials are not only seen by Israelis but by a world that judges us as harshly as it can.