How to Boycott Israel Without Really Meaning It

In 2013, the American Studies Association (ASA) approved a resolution to academically sanction Israel. Read about the nonboycott boycott. Compare the resolution with facts.

As of December 2016, the original document (www.theasa.net/american_studies_association_resolution_on_academic_boycott_of_israel) has either been removed from the website or is hidden from all but ASA members. The article below quotes from the original document. The only current material that is openly available can be found here.

It is, in fact, a non-boycott boycott. At “Palestinian” request, academic and nonacademic organizations in Europe and the USA have been approving resolutions to boycott Israel. The American Studies Association is just one of such groups to comply. The most recent group, the American Anthropology Association, approved a draft resolution that will be put to a vote in spring to the entire AAA membership. I will examine the AAA resolution in a separate article soon.

For now, let us look at the wording of the ASA resolution and then explore why it will not succeed as a boycott, if, in fact, it was ever really intended to be a boycott.

What Does the Resolution Say?

Direct quote from the original document on the American Studies Association website:

It is resolved that the American Studies Association (ASA) endorses and will honor the call of Palestinian civil society for a boycott of Israeli academic institutions. It is also resolved that the ASA supports the protected rights of students and scholars everywhere to engage in research and public speaking about Israel-Palestine and in support of the boycott, divestment, and sanctions (BDS) movement.

Why The Boycott Will Not Work OR: Why This Is a Boycott in Appearances Only

ASA supports continued research collaborations with individual Israeli scholars and extending invitations to Israelis to lecture at conferences and participate in academic meetings as long as those scholars are not official representatives of their universities, such as deans, rectors or presidents, or of the Israeli government. In their own words:

Israeli academics will be in attendance at both 2014 and the 2015 conventions.  The ASA will not prohibit anyone from registering or participating in its annual conference.

Therefore, the boycott really does nothing except make an appearance of doing something.

And it does nothing because its promoters don’t want it to do anything. They want to continue the productive and varied exchanges many academics enjoy in partnership with Israeli academics. In other words, they don’t want to shoot themselves in their ivory foot.

Did You Know That Such Boycott’s Are Against the Law?

Lawyer Darshan-Leitner writes in her blog that the boycott is against American and international law, and the ASA is perhaps setting itself up for legal action to be taken against it. According to her, anti-boycott legislation views boycotts on the basis of nationality as discriminatory and racist.

I will number the points to make it easier when referring to them later in this article.

This resolution claims that:

1. “there is no effective or substantive academic freedom for Palestinian students and scholars under conditions of Israeli occupation.”

2. “Israeli institutions of higher learning are a party to Israeli state policies that violate human rights and negatively impact the working conditions of Palestinian scholars and students.”

On the other hand, the resolution states that the ASA recognizes that there are:

3. “Israeli scholars and students who are critical of Israeli state policies and who support the international boycott, divestment, and sanctions (BDS) movement under conditions of isolation and threat of sanction.”

And it is incumbent on the ASA to support the boycott of Israel because:

4. “the United States plays a significant role in enabling the Israeli occupation of Palestine and the expansion of illegal settlements and the Wall in violation of international law.” 1. No Substantive Academic Freedom for Palestinian students and scholars
Now, if we first look at Palestinian students and academicians who are citizens of Israel, then this just isn’t true. Arabs study and work at Israeli universities and colleges, have their own students’ organizations and openly demonstrate on days of significance to them. Amazingly, a Nakba Day (Catastrophe Day) commemoration was approved by the University of Tel Aviv and it seems to be a fruitful way to both expand and deepen serious discussion of the impact of Israeli independence on the Arab population. Nakba Day is how the Arab citizens of Israel mark Israel Independence Day. You can read a bit more about this event here.

It is true that children in poorer Arab towns (and poorer Jewish towns) do not have access to the educational resources available to their Jewish peers in middle-class towns and large cities, and therefore fewer Arab pupils matriculate and qualify for university. This imbalance needs to be redressed.

Palestinian students and scholars in the West Bank and Gaza have access to over 15 universities and colleges, some with 5000 students and some with many more, such as Al-Quds University with over 20,000 students, according to its own website. If you look at that website, you will see their proud announcements of their participation in and organization of international conferences and other scholarly activities. Many of the universities are likewise proud of their research and academic accomplishments, and also of their social values and commitments; for example, An-Najah University in Nablus has special computer facilities for blind students and is easily accessible for the physically handicapped. 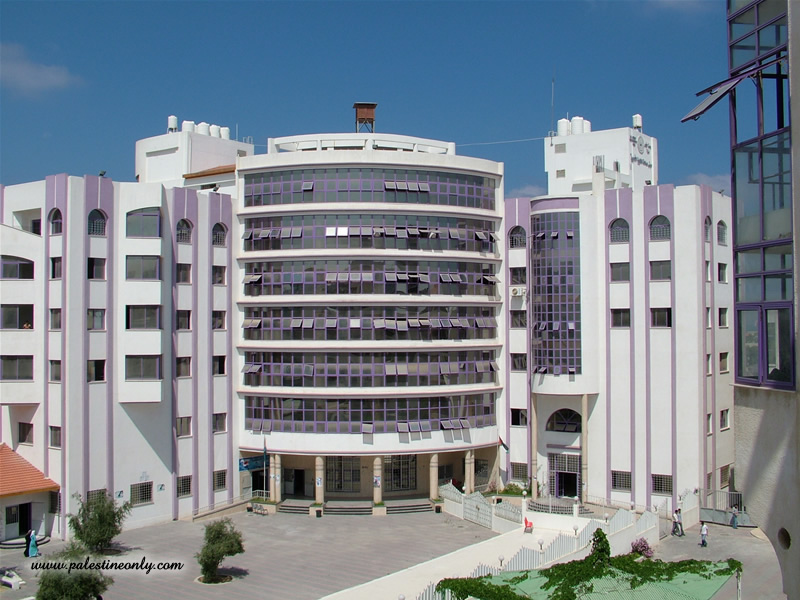 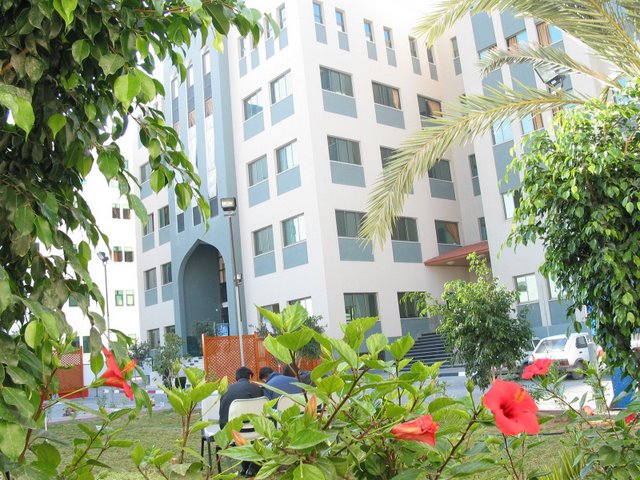 We need to note that there have been students and professors arrested by Israel and questioned for suspected terrorist or Hamas affiliation and activities. I hope that where the suspicions were unfounded, the individuals were quickly released and left alone. But I am not so naive as to think that there were no injustices and I am sure that some innocent people were and are detained and mistreated. I abhor that.

But before we take the stance that such happenings means that there is no substantial academic freedom for Palestinian students and scholars, we would need to know the relative numbers involved, how many were really supportive of terrorist activities (as opposed to non-murderous opposition to Israel), define what we mean by “no substantial academic freedom” and compare this with the accomplishments and activities the institutions of higher education proudly claim on their own websites.

2. Israeli institutions of higher learning are a party to Israeli state policies that violate human rights.
Here is a quote from the ASA webpage concerning the question why to boycott academic institutions:

There is so much that needs to be addressed here to know what the ASA is referring to. They write about the connection between Israeli universities and the Israeli army and that is a natural given, in light of the fact of universal draft in Israel. For that reason, almost all the Jewish males and a large number of Jewish females, members of the student body and faculty as well as people in all walks of life, have been in the army. Do American universities deny admission to American army veterans because they have probably be trained in “suppressive techniques”?

I am sure that some Palestinian university based events are not approved. But in order to decide whether this is legitimate prevention of potentially inflammatory extremist programming or suppression of human rights, one would need to know the goals of each of these events that were not allowed to take place. I would also like to add that there is likely ongoing “surveillance” of extremist Jewish students and faculty as well.

Perhaps Americans are still traumatized by “Kent State” and any hint of opposition to student protests seems to them to be another version of that tragic event.

Israelis who disagree with Israeli policies want to be as free to visit their international colleagues as are those who support government policies. Doesn’t part of the value of disagreeing lie in being free to voice your disagreement and engage in debate? Israelis are known for being a loud and argumentative lot.

Secondly, I don’t know if those who would be considered far far left on the Israeli political scale are isolated and fear sanctions. I checked with a friend of mine who assured me that those who voice too much opposition to government policies are likely on some kind of list, but he didn’t see them living in fear or isolation. And again, this does not mean that they support the academic boycotts.

4. The United States plays a significant role in enabling the Israeli occupation of Palestine and the expansion of illegal settlements and the Wall in violation of international law.
It seems strange to me that Americans would vote to boycott Israeli academics when they are protesting their own government’s policy vis a vis Israel.

Maybe a more effective avenue to try would be to protest to your representatives in Congress.

There Are Serious Problems In the Palestinian Territories

The Question is: Is the Boycott an Answer?

There are restrictions on movement from place to place on the West Bank (Israel is not in Gaza at all) and between both territories and Israel. There are Israeli soldiers who behave abominably toward Palestinians. These are problems that need to be addressed by negotiating teams and you will find that university students and scholars are engaged in studies to examine the impact of Israeli policies and actions on the Palestinian Authority and on peace negotiations – so why is academia a target of boycott?

If you care to check the truth, you will find that Palestinian universities themselves proudly cite on their own websites their participation in international academic meetings and events, “these forms of ordinary academic exchange” the ASA argues “are often impossible for Palestinian academics due to Israeli policies” and the supposed reason behind this boycott.

The problems are complex and not the fault solely of one side or the other. Similarly, they will be resolved by innovative and courageous individuals on both sides of the border.

Is the boycott an expression of courage and imagination? Is it appropriate in this situation?

Potentially, scholars from a variety of disciplines might be the ones who will come up with the creative ideas that will be necessary to resolve the problems between these two neighboring peoples. Rather than a boycott, I would like to see someone lock academics from both sides into a room for as long as it would take them to come up with a workable solution and find a way to make it palatable to both the two governments and the two populations.