“I did not give power of attorney to the PLO!”

By Eid el-Adha, which begins this year on July 30, the current leadership of the Palestinian Authority will be in jail awaiting trial, according to Mohammad Massad ex-terrorist turned nonviolent social activist.

Eid el-Adha is the Muslim holiday commemorating the sacrifice of Ishmael. According to the Muslims, Abraham was ordered by God to sacrifice his son Ishmael (and not Isaac as stated in the Torah). The angel brought a lamb to be offered for sacrifice instead of the son. Muslims now celebrate the event with the slaughter of a lamb, one-third of which is to go to family, one-third to friends or relatives and one-third to the poor.

It would, perhaps, be fitting for the Palestinian Authority (PA) to meet its end on this holiday. After all, ever since the PLO was imported from Tunis and set over the Arab residents as their rulers, the welfare and dignity of the Palestinian Arabs have been sacrificed on the altar of greed. And the fruits of this sacrifice were divvied up solely among the leaders themselves.

Who is the angel coming down to release the Palestinian Arabs from the chains that bind them to the sacrificial altar?

Massad says the Palestinian people are not asking for a savior. They are asking that foreign donors cease propping up the PA leadership with billions of dollars of supposed aid that enriches their own coffers rather than helping the people for whom it is intended. The residents of the PA have grown disgusted with their leadership as they see them stealing funds intended for infrastructure, health, education and social welfare and use it, instead, to pay their own elite for their loyalty and to pay terrorists who kill Jews.

Massad believes that if the sources of foreign funds dry up, the PA will no longer be able to pay the salaries of their security forces who now act against their fellow citizens only because they need the income. Without that, they will remove their uniforms, stand by their friends and families, and use their weapons against their former employers. He petitioned the Israeli Supreme Court asking Israel not to send 800 million shekels in relief funds to the PA and he intends to petition the EU asking them to refrain from supporting the PA as well.

Massad claims that the uprising that will bring down the PA has already begun. We witnessed that, he explained, in the days before and during Eid el-Fitr, when protestors defied stay-at-home orders in all towns and cities and burned tires in some, closed the entrances to others; two men were injured by police gunfire in Bethlehem.

This interpretation is challenged, however, by an anonymous source who said that a true uprising will be marked by crowds shouting in the streets, “Down with Abbas” and storming the PA offices. 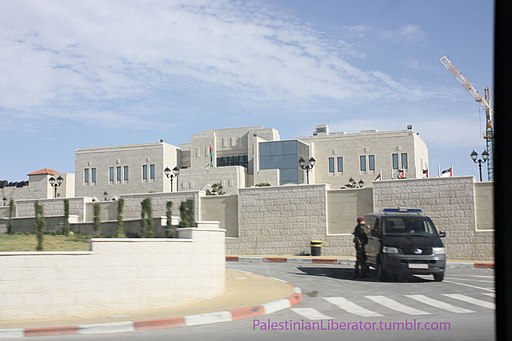 Lt. Col. (res.) Maurice Hirsch, Head of Legal Strategies for Palestinian Media Watch, does believe that the PA will collapse in the near future but he suggests it will take “an apocalyptic event” to trigger the fall. “The idea of implosion of the PA is more wishful thinking than a real possibility,” Hirsch says.

He agrees with Massad that the funds transferred to the PA must be stopped but “this will first cause anti-Israeli feelings and they will turn their arms against us before Fatah.” The fear of Hamas rising up in the vacuum is what keeps Israel from actually “closing the tap”.

We have all heard the saying: ‘Better the enemy you know than the one you do not know’.

Massad argues, however, that the bulk of the Palestinian Arabs do not want to see the current PA leadership replaced by Hamas or any other terrorist or corrupt body.  And they certainly do not want to be told who their leaders have to be.

The whole world came and said that the PLO is the only legitimate representative of the Palestinian people and that is not true. I am a Palestinian and I did not give power of attorney to the PLO to sign anything in my name. We are afraid to say that in the West Bank because if we say that we will be killed in the street.

The leadership he speaks about is localized leadership whereby the clans govern themselves, a system that is consistent with Middle Eastern culture. And he says that there are organizations that have been working for over ten years on making the transition from PA leadership to localized clan leadership.

Hirsch wonders how many people there really are in the PA who support this and asks how much chance there is that they would be able to maintain power against elements such as Hamas. In an article published in Hebrew, Hirsch suggests that the best approach Israel can take is to accept Abbas at his word when he claimed two weeks ago (and not for the first time) that he is cancelling the Oslo Accords and then relieve the PA security personnel of their weapons.

We Palestinians know who the terrorists are and we can take care of them ourselves. We are not prepared to have the weapons fall into the wrong hands. We have lists of everyone who has a weapon – personal weapons as well as those held by security forces. As soon as we start to act, that will be the first thing we do – to take all arms. There will not be a single bullet in all of the territory that we do not have control over. Protecting the lives of Jews protects the lives of Arabs as well.

The localized leadership of which Massad talks is consistent with the system promoted by Professor Mordechai Kedar, retired Bar Ilan professor. He explains that the only Arab states that are not failed states are the various Emirates, states in which the entire political unit comprises a single tribe. They cooperate with each other over certain issues but are largely independent, thereby maintaining a stable peace.

Interestingly, an article called, “The Palestinian Authority and the Clans: Who Rules Who[m]?” was recently published in a journal of the Institute for Palestine Studies. Author Mashhour al-Batran concludes his article by saying that, in the end, the PA will either turn into a civil society or it will adopt the emirates system as proposed by Kedar.

Kedar quipped that “the PA will turn into a civil society when Israel will become a Christian nation”. Al-Batran’s scorning of the PA is clear even though it is so elegantly disguised.

It is interesting that a decidedly anti-Israeli journal published an article with such a statement — an endorsement of the emirate system as a potential solution to the problems faced by Israel and the Palestinian Arab population, each for their own reasons.

When asked how he envisions the day after the PA falls, Massad replied that he sees a lot of people in jail and awaiting trial – those who stole from the people. Abbas and other members of the elite will have to answer for their crimes against the Palestinian Arabs.

Releasing the people from the sacrificial altar on Eid el-Adha, therefore, will not mean that Abbas will be tied up instead; it does not mean that heads will roll. Massad does not want anyone to be assassinated. Violence is not the way forward for him. It means that the stolen wealth will be returned to the people for building their society according to their own culture and with the leaders that they themselves will choose. He anticipates being able to recoup the monies going back even to the wealth stolen by Arafat.

There have been others who predicted the fall of the PA in the past but the elite have stubbornly and manipulatively managed to hold onto power.

And what if Eid el-Adha comes and goes without any regime change? I asked Massad what it will mean to him if the PA leadership will still be in place after the holiday. “I will blame Europe,” he said. He does not blame Israel that is signatory to international agreements and has limited leeway because of that. But:

Europe refuses to see that the ‘humanitarian’ funds they transfer to the PA enrich the corrupt leaders and are used to commit terrorism, terrorism that kills Arabs and Jews and that is already killing our next generation.